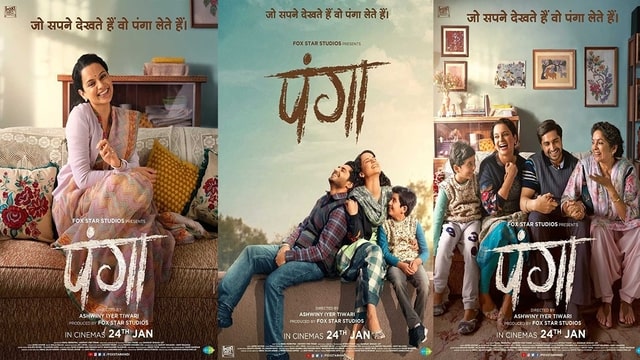 In Bollywood Film may be this is for the first time to cast and portraits an Actor with their correct age however the Bollywood Movies trend is changing day by day where Some Bollywood Actors like Nawazuddin Siddiqui play a role of 40 to 45 age man who is not able to get married or Saif Ali Khan in an age of 50 – 55 portraits a role of a man whose age is 45 but through there are in some films its trends of Bollywood to reduce the age of their main cast.

Firstly we talk about the story of Panga Bollywood film where Kangana Ranaut as Jaya Nigam is a house wife also a mother of a 7 year old boy. A happy family but something is missing in their family life somewhere in the past Kangana Ranaut as Jaya Nigam had a dreams which was lost by the times. Jaya Nigam is a pro Kabaddi Player who leaves her passion of playing Pro Kabaddi games for the sake of her family and son because she came to understand that it was difficult to follow her passion of playing Pro Kabaddi games also with her daily family life. Somewhere the Panga movie story seems to be real. While watching this Bollywood Panga Film some of the lady and housewives can related the Panga movie Story with their daily life. Both Urban and village female Audiences of Panga movie have some their dreams but due to some circumstances in the life they are not able to follow our passion or dreams further in life. 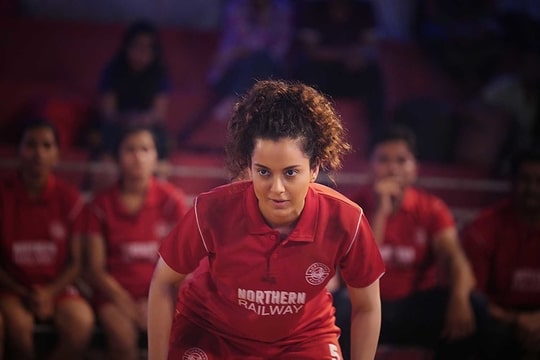 Panga movie screen play is brilliants some of the emotional scenes are shown beautifully in the film which will engage the audiences of this movie. Panga movie Songs are average but the background music is beautiful which raise the flavor of dialogue and scenes.

Jassie Gill performance is also noticeable in this new Bollywood Panga Film. Jassie Gill portrait the role of Kangana Ranaut husband. As a husband how Jassie Gill support her wife is remarkable in the movie. 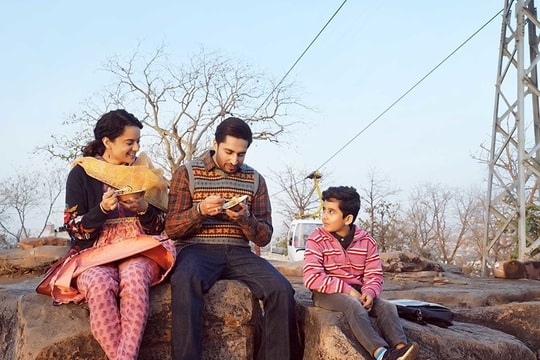 Yagya Bhasin as Adi in this Bollywood Hindi Panga movie cannot be ignorable. As a son of Kangana Ranaut his performances are also good. Yagya Bhasin as a most young actor is confidences in dialogue delivery. Also he got some amazing dialogues to deliver which definitely prove his performances and dedication in acting. In Panga movie we can also see Neena Gupta as Jaya's mother.

The Bollywood movie Panga gives us different flavor such as the Panga Film is based on relationship, based on friendship and the most important thing about this Panga movie is that this new latest Bollywood movie inspires and motivated millions of woman to fulfill their dreams which they left behind in their lives.

Ashwiny Iyer Tiwari as director beautifully portrait the Panga film in silver screen of Bollywood. Ashwiny Iyer Tiwari especially taken care of the small sequences happens in middle class families. Some scene in the film may be more effective in the screen if they are edited properly. Ashwiny Iyer Tiwari is one of those directors in Bollywood who believe and focus in good stories. It’s good to see that in Panga movie screen well and equally distributed to all actors it not only focus in its main lead character Kangana Ranaut also the film is very much close to reality and not force to be over dramatic which will attract audiences to the theaters. This Bollywood new Hindi Panga movie also delivers a good message to it audiences.

Please let me know what is your opinion about this Panga Bollywood Hindi movie review 2020 film and please put on the comment below and as always if you enjoyed my reaction and review of Panga Bollywood film then make sure to hit the share button follow us on Facebook and twitter also subscribe the newsletter of Uslis.com