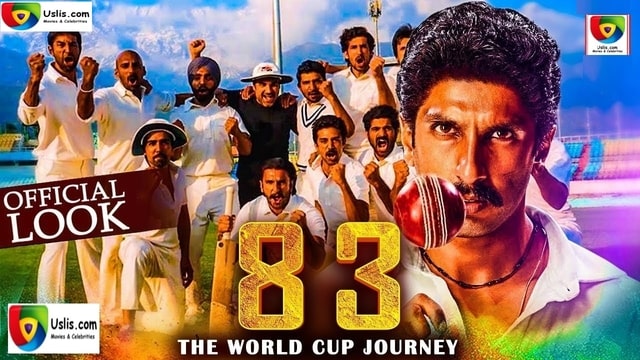 83 movie is mainly based on India’s win in the cricket World Cup held in 1983. This film is based on true event and you would not find any actor in this film dancing or singing. However it is a motivational film and in order to accelerate the motivation and the flavor the film the background music and some motivational songs has been implemented in this film. The music director of this 83 film is Pritam. 83 movie contains Anthem songs and various other songs of various moods but  in this film you will not find the film hero singing song as could be found in various other commercial Bollywood Hindi movies as a result the 83 film turned out to be more realistic.

In this film Deepika Padukon has portrait the role of Kapil dev’s wife however I personally feel that in this type of films the actresses are not required. This film could have been made without the role played by Deepika Padukone. Deepika Padukone is also the producer of this film. Most importantly it has been never been heard that Kapil Dev’s wife has inspired Kapil Dev in winning the cricket world cup. In real story The name of Kapil dev’s wife comes in one sequence when she went out of the stadium while Kapil Dev was batting and afterwards she return back seeing Kapil Dev performance and India heading to win the watch. Now How Deepika Padukone portraits this little role in this film will be clear to the audience only after the release of this film. 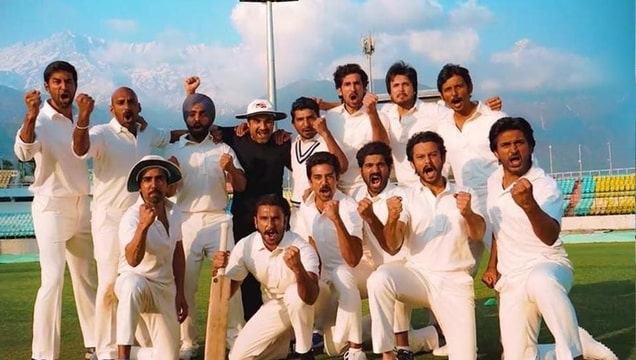 As we all know that in 83 movie Ranbir Singh is playing the role of Kapil Dev, therefore it was expected that he will be by Kapil Dev so that he can do well in this film. However, the cricketers in this film have been trained by Balbindar Singh Sandhu. He was appointed as the coach of this film and all the players of this film are getting trained under him. Apart from that Madan Lal also coached this team. In this film tamil actor Jiva is portraying the role of Srikant. In one of his interview Jiva has revealed that the budget of this film is 100 Crores which is quite obvision due to multiple star cast. Actor Tahir Raj Basir is playing the role of Sunil Gavaskar. He told in an interview about his hard work to portray this role.
He took nearly 6 months training in order to understand and play this role of Sunil Gavaskar. It is quite agreeable that each and every actor in this film has put a lot of effort so that they can prove their talents. Chriag patel son of famous cricketer Sandip Patel is applying the role of his father in this film. Chirag is a Maratha film actor. Apart from that he has played role in some unreleased Hindi films also. Most of us do not know that after winning the world cup in 83, Sandip Patil was offered to cast in a Bollywood hindi films. The opposite female character in that film was Punam Dhillion and Debasree Roy. The name of the film was “Kabhi Ajnabee They”. The villain of this film was “Syed Kirmani”. There was a fight seen between “Syed Kirmani” and “Sandip Patil” in this film. The role of Mahindar Amarnath is played by “Saquib Saleem”. He has already worked in the film “Hawa hawai”, “Race 3”and so on. Has has already played State level cricket. The character of cricketer “Madan Lal” is getting portrayed by R.D. Sandhu.  He was a very good cricketer however due to some physical injury he had to retire from this passion.  In this film Actor Sunil Shetty wanted to play the role of “Vivian Richards”. In this film actor “Pankaj Tripathy” is playing the role of the team manager P.R. Mansingh.

This 83 movie will be the first film of Ranveer Singh which will be released in three different languages. Hindi, Tamil and Telegu.  The world cup and Indian’s win in 1983 is a precious moment of every Indian therefore it is expected that this film will surely keep a deep rooted impact in Indian Bollywood film box office.
Please let me know what is your opinion about this 83 Bollywood Hindi movie Trailer review 2020 film and please put on the comment below and as always if you enjoyed my reaction and review of 83 Bollywood film then make sure to hit the share button follow us on Facebook and twitter also subscribe the newsletter of Uslis.com
Post under : #bollywoods #movies-reviews