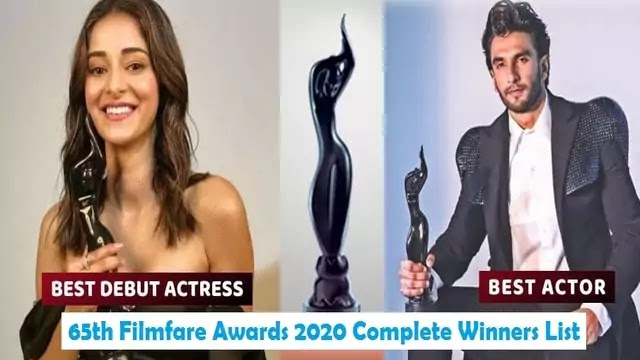 This year there are 34 prizes in 65th Amazon Filmfare Awards 2020 along with some Special Awards and  Short Film Awards which was announced on February 2 by Filmfare that are to be won. Taking about the winners the first name that we should mention here is Ranveer Singh, Alia Bhatt and Siddhant Chaturvedi for Gully Boy, Ayushmann Khurrana for Article 15 as IPS Ayan Ranjan, Taapsee Pannu and Bhumi Pednekar for Saand Ki Aankh, Ananya Panday for Student of the Year 2 , In Choreography Remo D'Souza won for Kalank "Ghar More Pardesiya"

Winner - Ananya Panday – Student of the Year 2 as Shreya Randhawa